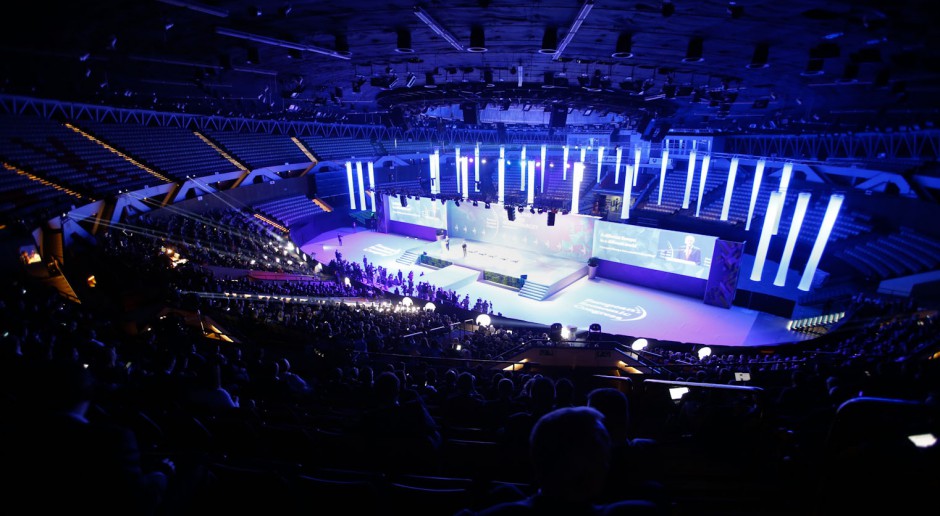 EU Commissioners: Andrus Ansip, Miguel Arias Cañete and Cecilia Malmström; the Atlantic Council Board Director and Vice Chair of the Scowcroft Center for Strategy and Security, Ellen Tauscher; representatives of the Polish government, including Teresa Czerwińska, Jacek Czaputowicz, Jadwiga Emilewicz, Jarosław Gowin, Henryk Kowalczyk, Jerzy Kwieciński, Łukasz Szumowski, Beata Szydło, Krzysztof Tchórzewski and Anna Zalewska – the 10th edition of the European Economic Congress (EEC) will bring together not only business people, but also key politicians and experts from all around the world. On 14-16 May 2018, new records will be set in the International Conference Centre and the Spodek Arena, with 900 panellists taking part in more than 150 panel discussions.

“When we set about preparing the 10th anniversary European Economic Congress, we assumed from the get-go that it would be a special edition, both in terms of thematic scope and the selection of guests. We are particularly glad to say, therefore, that more and more eminent politicians are confirming their attendance and readiness to take part in our multifaceted debate, which has always been open to various viewpoints and opinions. Representation from the world of business also continues to grow in strength; the perspective of business is of key importance to our debates about current economic challenges. With a week to go before the Congress, we can already say that it has attracted record interest, both in terms of registered participants and the media”, says Wojciech Kuśpik, CEO of the PTWP Group, initiator of the European Economic Congress in Katowice.

Ellen Tauscher, the Atlantic Council Board Director and Vice Chair of the Scowcroft Center for Strategy and Security, former Undersecretary of State for Arms Control and International Security, has also confirmed her attendance.

The panellists of the 10th European Economic Congress will put their heads together to discuss the shape of new Europe, addressing issues such as the directions of development, the future of the Euro zone, the formation of blocs and alliances between EU member states, and various external factors that affect European economic conditions and prospects for growth. The agenda of the Congress will also feature panels devoted to the technological revolution and its impact on the economy, social life, institutions and interpersonal relations, as well as its new opportunities, threats, risks and challenges. The leading themes of the EEC will also include digitization, the European energy sector and investment. Debates will touch on the issues of energy and climate, such as the dilemmas of European environmental policy, fundamental questions to be asked before the UN climate summit of 2018, current and realistic prospects for a global agreement, world-scale climate measures, and the environmental standards of the EU from the perspective of economic sovereignty and energy security of individual member states. Panellists will be also asked to venture a forecast for free trade in Europe and the world, as well as for European cities and metropolises.

Accompanying events will feature a series of Economic Forums: Central Europe-Africa, India-Poland, and ASEAN-European Union, as well as panels dedicated to economic relations between Europe and Japan, Poland and China, Germany, the US and West Bengal.

The organizers of the European Economic Congress in Katowice have also decided to carry on with the EEC – Leaders of Tomorrow project, which aims to shape and promote active citizenship and increase the participation of young people in public life.

A special awards ceremony will showcase the best practices and successful investments submitted to the Top Communal Investments contest. The list of this year's edition of the poll features not only classic communal projects, but also environmental anti-smog ideas and smart city investments.
The Investors without Borders competition, in turn, will recognize foreign companies that invest their capital in Poland, as well as Polish companies that set out to conquer global markets.

The European Economic Congress will be accompanied by the 3rd edition of the two-day European Start-up Days (ESD, 15-16 May 2018), a meeting of young business with corporations interested in cooperating with smaller, innovative companies. This year, the ESD will be even more closely integrated with the Congress, and more emphasis during both events will be put on the role of new technologies in the economy.