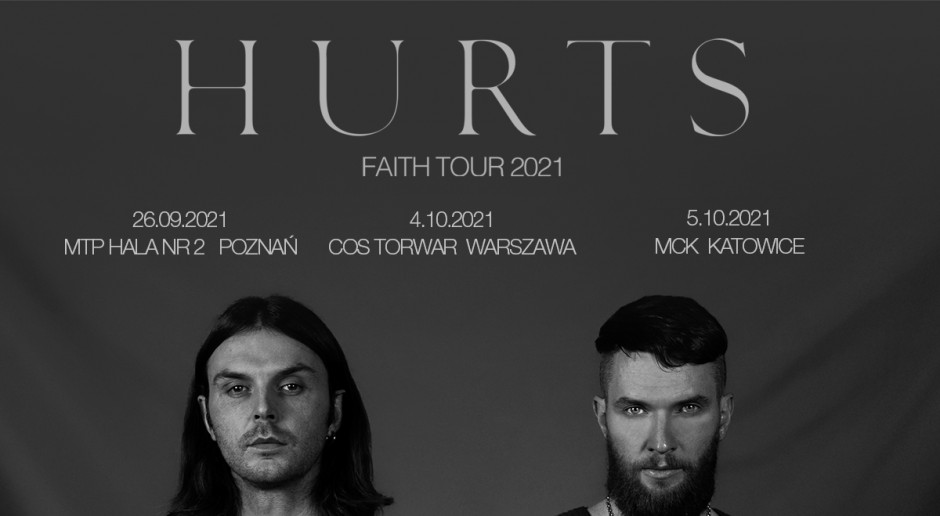 HURTS shows due to take place this autumn will no longer be going ahead as planned. The ticketing agent you used to buy your ticket will get in touch with you.

„Due to personal circumstances and the current situation, the FAITH Tour has been cancelled.

This is not a decision that has been taken lightly. FAITH is an album that means so much to us and your love and support over the past year has been incredible. Our deepest apologies to you all.

We hope you can understand that for ourselves and each other, this is the right thing to do.

For now, all we need is time.
Thank you for everything.

Hurts’ highly anticipated new album ‘Faith’ marks a new era for the duo. Born out of adversity, the group found themselves battling through a creative stasis to emerge on the other side stronger, more raw and better than they’ve ever been. Featuring the already released tracks ‘Voices’, ‘Suffer’ and ‘Redemption’, today Hurts reveal a new offering, ‘Somebody’.

Alongside the release of ‘Somebody’, Hurts have also announced their return to their spiritual home - the live stage - for the ‘Faith’ Tour 2021.