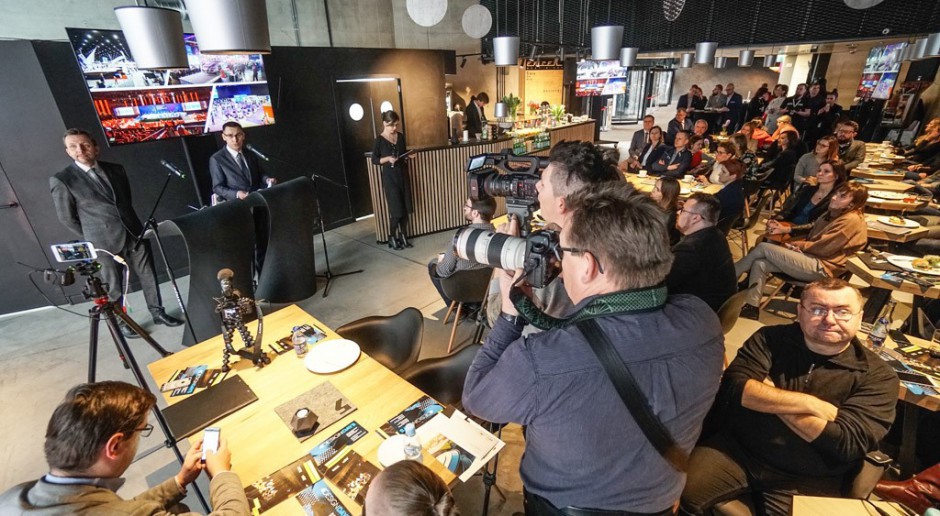 From concerts by stars, music festivals and cabarets, fairs, conferences and genre-specific meetings to sports events – in the spring and summer season PTWP Event Center once again offers diversity of events to be held at Spodek and the International Congress Centre. Daily accessibility to the facilities has been expanding with, for instance, the restaurant EMCEK meet&eat in operation for a few months already and the regularly expanded offer of the skating rink.

“In 2017 at Spodek and the International Congress Centre there were over 500 events attended by almost a million people as anticipated. In thanking you for such abundant interest, we assure you that in the coming months everyone will find something of interest. On the one hand, some will be existing favourites that return again and again to Spodek and MCK, on the other hand – new events taking advantage of the potential of both facilities. We also invite you to the gym or the skating rink as well as the bistro which is open every day at MCK”, says Marcin Stolarz, CEO of PTWP Event Center, the operator of the facility.

It was at the bistro EMCEK meet&eat on 23 January that the framework of events planned at Spodek and MCK for the coming six months was presented, with 250 various events to be held at the facilities in Katowice. Spodek will resound with music performed by stars from Poland and abroad. Apart from concerts and musical festivals, there will be cabaret shows and sports events.

Congresses, conferences, meetings, festivals and fairs will be held at the International Congress Centre in Katowice. Similar to the previous year, concerts will also be held at the facility, which is favourable for musical events.

Apart from organising large events, the facility operator also takes care of daily accessibility to Spodek and MCK for the region’s inhabitants. In winter, the ice rink is very popular and since September 2017, 25,000 people have come to skate here. In the coming weeks, there will be themed skating events – Disco for the Carnival, St. Valentine's skating and special skating events during the winter holidays. Similar to the previous year, skating fans will have skate rental and workshop and will be offered the possibility to buy tickets to the ice rink online.

“Last year, we held several important investments and projects at the facilities operated by us. We have arranged split possibilities in the multi-function A hall, we optimised utility consumption and we have planned the modernisation required before the Climate Summit COP24. We have held an architectonic competition for the reconstruction of the sanitary facilities at Spodek. The winning design will be executed this year”, says Marcin Stolarz.

The calendar of events at Spodek and the International Congress Centre, which is updated on an ongoing basis as well as information on the infrastructure available daily, can be found at: www.spodekkatowice.pl and www.mckkatowice.pl.