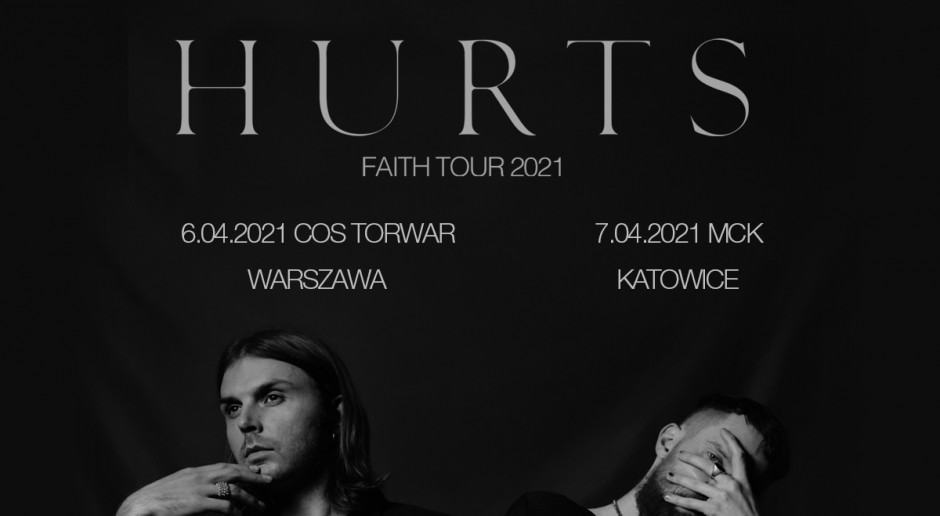 All tickets will be valid for the new dates so please hold on to them. In the meantime, stay safe and look after each other.

Due for release on September 4th, Hurts’ highly anticipated new album ‘Faith’ marks a new era for the duo. Born out of adversity, the group found themselves battling through a creative stasis to emerge on the other side stronger, more raw and better than they’ve ever been. Featuring the already released tracks ‘Voices’, ‘Suffer’ and ‘Redemption’, today Hurts reveal a new offering, ‘Somebody’.

Alongside the release of ‘Somebody’, Hurts have also announced their return to their spiritual home - the live stage - for the ‘Faith’ World Tour. Taking place across 17 countries and three months, the tour starts on February 11th 2021 in Azerbaijan before stopping in Kazakhstan, Russia, Finland, Estonia, Latvia, Lithuania, Belarus, Ukraine, Slovakia, Czech Republic, Germany, Poland, Switzerland, Netherlands, Belgium and the UK, culminating in a special homecoming show in Manchester on 16th April.