How to reach us

The location of the ICC near highways A4 and A1 makes it easy to reach from many places within Poland and Europe. Numerous car parks in the vicinity allow convenient access to the facility. 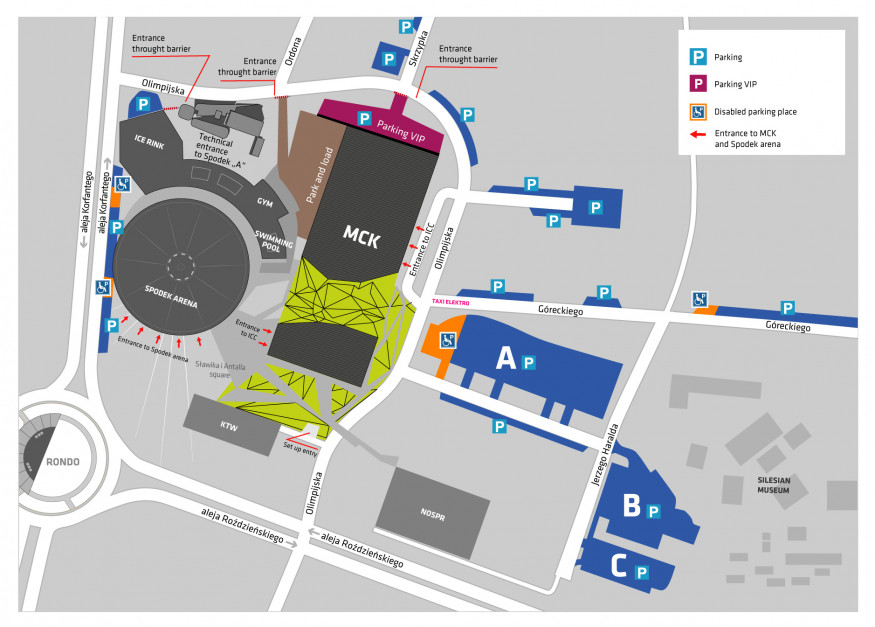 The International Conference Centre can be reached from the PKP train station:

By tram and bus

The bus and tram stops closest to the International Conference Centre are "Katowice Rondo", "Katowice Spodek", and "Katowice Uniwersytecka".

The proximity of international airports in Kraków Balice (70 km, around 50 min.) and Ostrava (130 km, around 1.2h) make the ICC easy to reach from many destinations in Poland, Europe, and beyond. 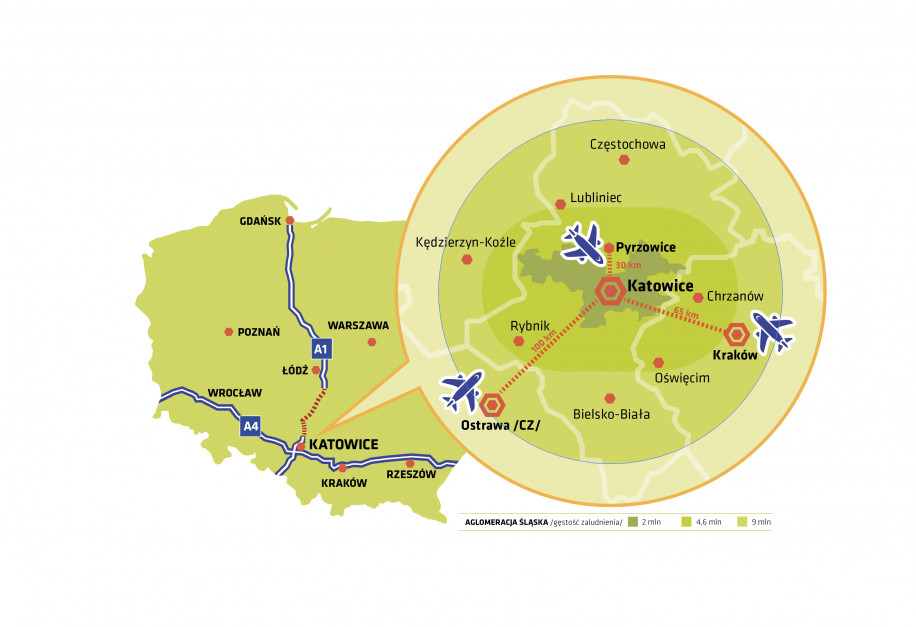